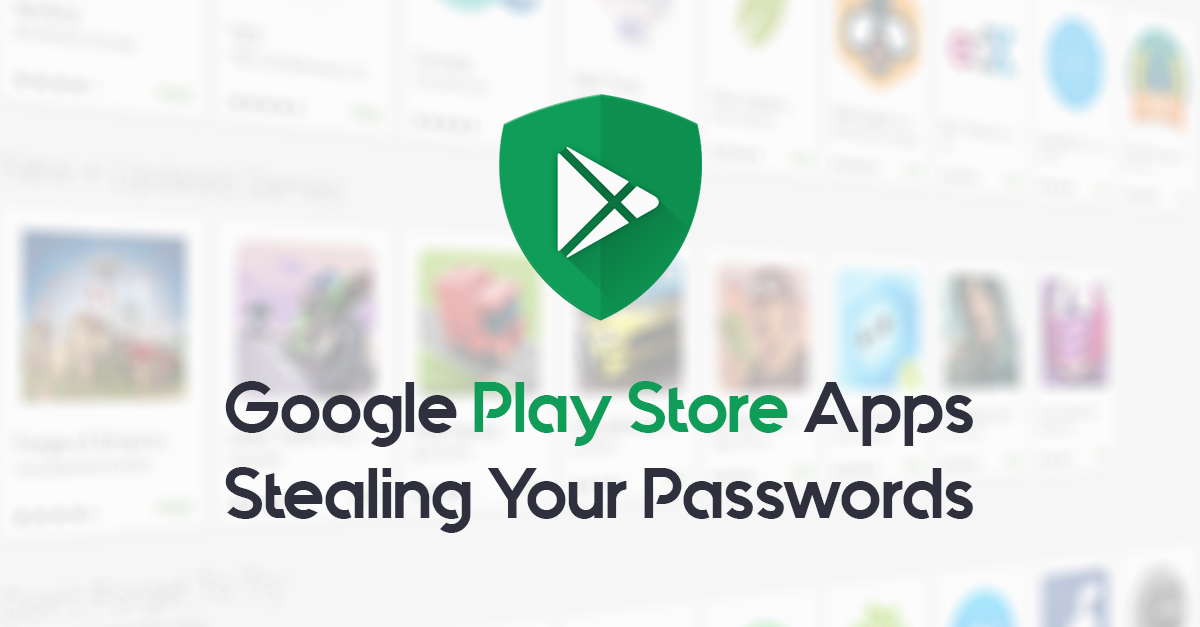 Do you regularly download Android apps? Then you should be very careful next time because not all apps are completely harmless.

The Google-owned Play Store is a destination for numerous ‘evil’ developers. Some of them more dangerous than the others. Last year, there were reports of many malicious applications discovered on the Google app store. Applications which have gone as far as to attempt to steal users passwords.

Firstable we should all agree on the fact that Google should enhance their security measures to protect their users as this should be the least thing Google should do.

Some of these apps have over a million installs, which means millions of people have been shown these harmful mobile applications.

What’s even more concerning is that some of these applications are shown to be perfectly clean and safe from any viruses or harmful software. But the trick that these developers use is that they insert harmful and malicious ‘password-stealing’ software as an update to their clean apps. Which makes it quite difficult for Google to track down these malicious apps.

According to Kaspersky, the cybersecurity and anti-virus company, they found a total of an 85 malicious applications on the Google Play Store in 2017. But fortunately, the internet security firm has already reported these apps to Google, and the latter has finally decided to remove from the Google play store.

But sadly the damage has probably already being done as thousands, if not millions, of people have already downloaded these now removed malicious apps, and they may have already given permission to these apps to steal their identity and private data without Google knowing about it.

How apps steal your data

The developers injected a malicious code in their updated application versions in an attempt to steal login information of their app users.

The said information can then be exploited at the mercy of those cybercriminals who have reportedly been releasing malicious apps for over two years which shows how problematic the application process is with Google’s Play Store.

The internet giant had previously announced a bug bounty for their Play Store as an effort to solve the many widespread issues of malicious mobile applications.

But it seems this effort to bust these harmful apps have apparently failed. Google’s Play Store is known for its loose application process for new mobile apps. Although this problem is a lot bigger than malicious mobile apps, cybercriminals are always one step ahead of everyone else, so there will always be vulnerabilities trying to steal your sensitive personal and financial data. But fortunately, a premium VPN service can help you protect your private data from cybercriminals.

Sometimes machine algorithms fails to police and accept the mobile apps, having a human being manually review application and deciding which ones getting and which ones don’t will help keep the Play Store safer for everyone.

Protect yourself from cybercriminals

You can also download only the apps that are released from reputable software companies. And if you had to download an app from unknown sources, be sure to check the kinds of permission requested by this app, if they’re too many chances are it’s a malicious app.

And finally, you can download and install a reliable virtual private network (VPN) to protect your sensitive data and have the freedom of browsing the web anonymously without worrying much about cybercriminals and malware.