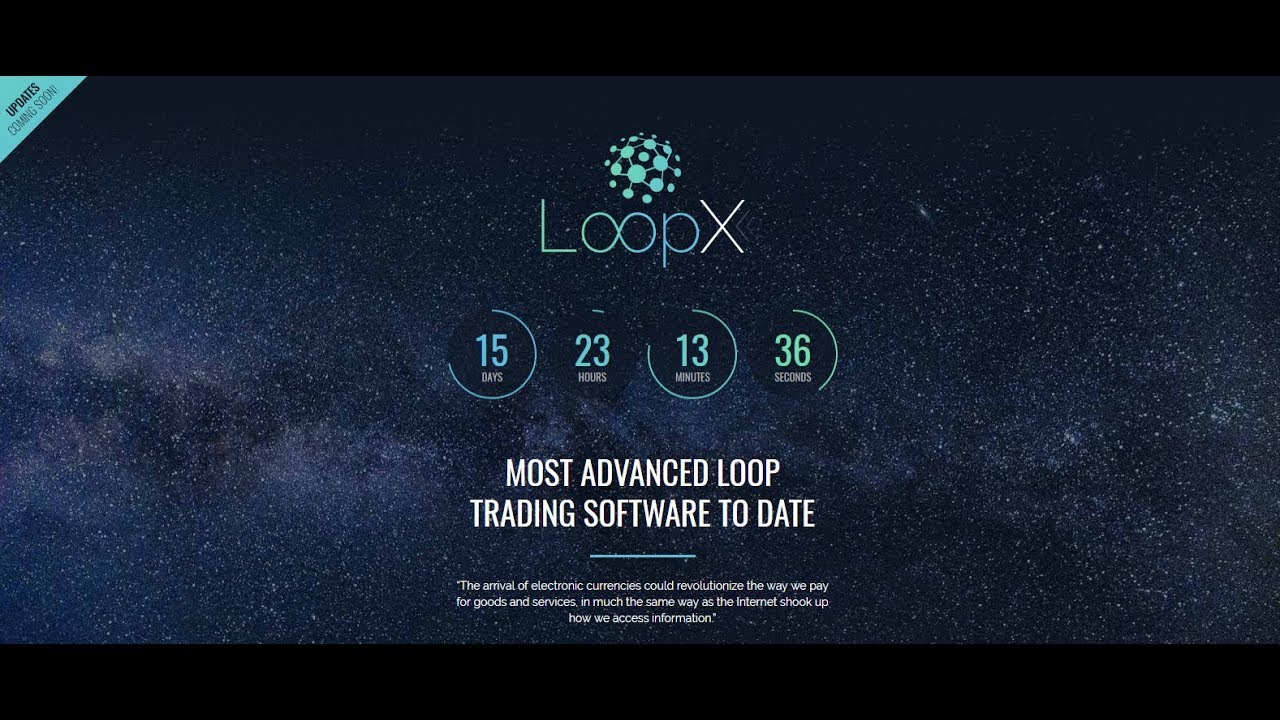 Although the cryptocurrency market has been experiencing a bearish market lately, ICO startups are raising more money and investors are throwing their money at these ICOs like there’s no tomorrow.

A new blockchain startup that was identified as LoopX.io has unexpectedly disappeared out of thin air with a staggering amount of $4.5 million of investors capital.

The unfinished investment platform, that promised to generate consistent returns to their investors using its exclusive trading algorithm, has suddenly vanished recently after generating around $4.5 million in different phases of their Initial Coin Offering (ICO). The startup has also removed their website and all of it’s linked social accounts.

Perhaps the only thing left of the scam exit project is its Bitcointalk thread post that described their fraudulent future vision as the following:

”LoopX will publish a revolutionized Peer-to-Peer trading platform where users as easy as a mouseclick can give us the opportunity to put their money to work. We programmed the most advanced Trading-Algorithm in the cryptocurrency market to date and will continue to make it better every day. Cause the market never stops and so won´t we. We believe the crypto community should act and work as a big family to help each other benefit from this incredible possibilities out there at this very moment. We want to create a community and are here to support it and let it grow in the upcoming years. The time to act is now. We did it and so should you.”

As a matter of fact, the text above looks quite convincing and legitimate as it looks pretty well-written and explained in detail. But it turns out, scammers are also quite professional at faking their scams.

However, there have been some users who actually knew something was suspicious, and warned other people not to invest in this.

”scam scam scam !!!!! guys this is a clear scam don’t waste your money, they fish on stupid people so don’t be stupid!”, said one commenter.

But unfortunately, it was already too late, as many users have already sent thousands of dollars on this cryptocurrency ICO scam. ”I hear some people have received their tokens. Unfortunately, I have not. I purchased $3000 and then another $1000. I’m hoping they will send them soon. Is anyone else having this problem?” said another commenter who apparently has fallen for this scam.

The fraudulent cryptocurrency crowdfunding has generated a total of 276,21 Bitcoins and 2.446 Ethereum tokens from investors in over five phases of ICO sales. Which equals to around four and a half million dollars depending on market fluctuation.

There were many fake claims and promises made by the LoopX ICO team on their website, they have also gone as far as posting a  well-designed roadmap picture describing their apparently fake future plans.

“Our top priority is to give you an opportunity to sit back, let us do the work and watch your money grow”, stated the whitepaper.

As can be seen, everything around this cryptocurrency initial coin offering (ICO) looked quite suspicious, big promises, no pictures of team members, a just a complete lack of transparency that raised many flags.

Always make sure to do your due diligence before participating in any ICO, if it looks too good to be true, it probably is.