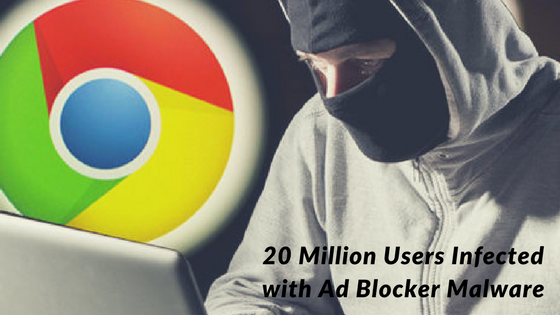 Do you hate advertisements? then you must be using ad blockers.

And to be honest, we don’t blame you. Online advertisements lately have become increasingly annoying and aggressive with popups and targeted ads everywhere you online. Which is the reason behind the growing popularity of ad block usage with more than 20 percent of internet users aged between 16 and 34 using the service on an everyday basis to block annoying ads.

According to resources, over 20 million users of the Google Chrome store have been tricked into downloading and installing these malicious browser extensions which have turned out to be nothing more than fake ad blockers intentionally created to infect users with malware. 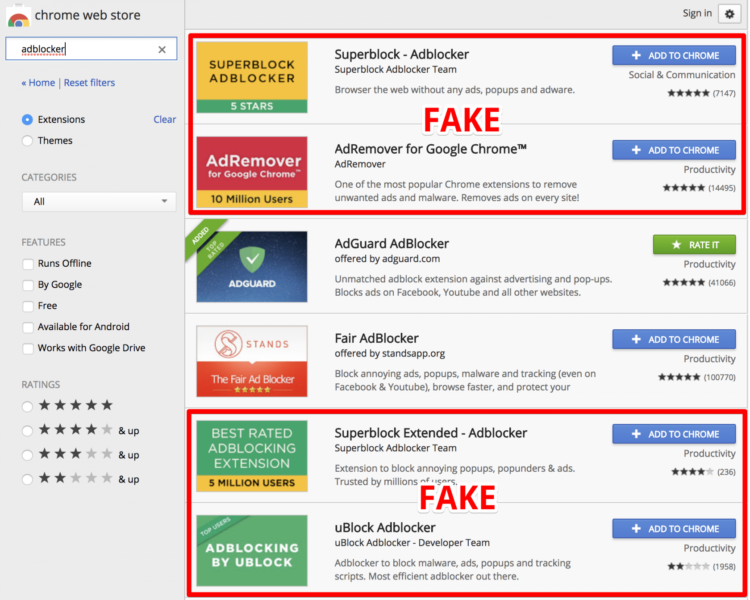 Some of these fake and malicious ad blockers have been downloaded and used by millions of unsuspected users.

Fortunately, Google has been alerted to this problem and has started removing these malicious browser extensions from its Chrome store.

However, you should still be careful and always download extensions from popular reputable brands to protect yourself from falling victim to these threats.

AdGuard, a popular reputable ad blocker has reported several suspicious ad blockers to Google such as AdRemover, AdBlock Pro, uBlock Plus, and others, which has now been removed from the Chrome store.

”Surfing through the Chrome’s web store is like walking through a minefield.” reports AdGuard in its blog release, ”Please note, that at some point the extension can be sold to someone else, and who knows what it will become.”

If you’re looking to download a popular and reputable ad blocker, then you can use the original ad blocker with over 40 million users on the Google Chrome store.

Remember, if you’re in doubt don’t use it. And always keep up with news related to cybersecurity to learn about the latest threats and protect yourself from them.