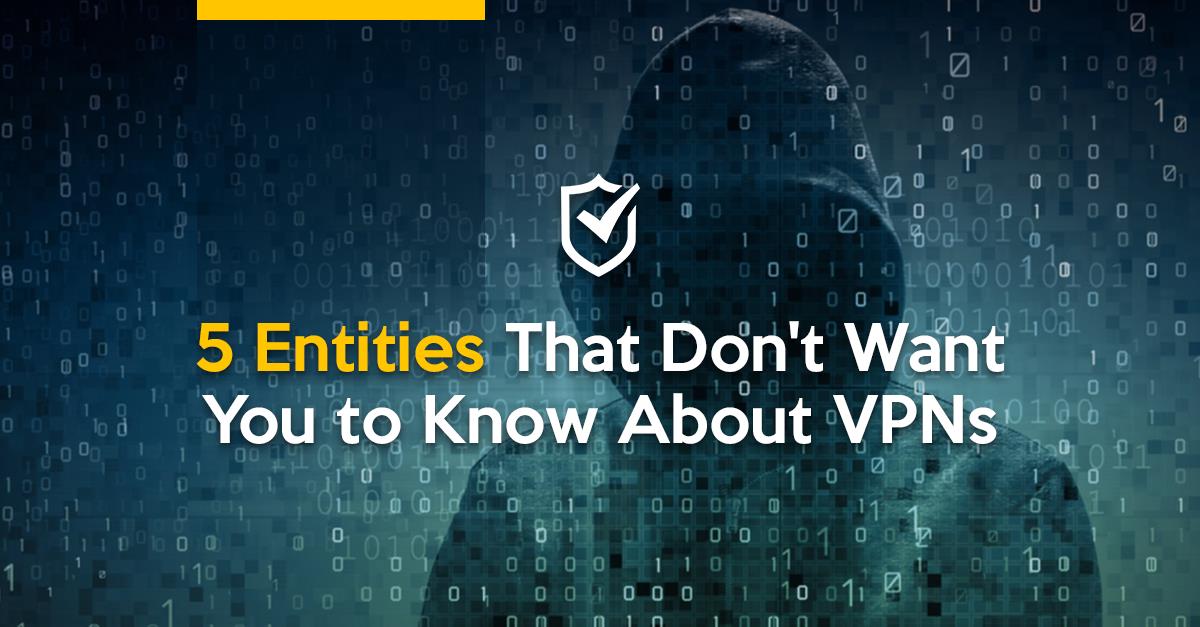 Why would you need a VPN?

Have you ever asked yourself that before? most average online users have seemingly asked themselves that question at least once at one point of their online life, others tend to only have a vague idea of what a VPN can do. (Hint: it can do much more than just unblock Netflix)

There’s no way around it, virtual private networks (or VPNs) can protect you from the so many threats found on the world wide web, their benefits and what they’re capable of doing is too many to count on one single blog post.

While the vast majority of online users don’t use or may have never heard of VPNs and what they can do, the smart ones out there rarely browse the internet without one.

Simply put, they realize that the internet and the world wide web is freely open and public to everyone, and while that is a really good thing, it can also be a playground for many involved parties planning to manipulate online users, spy on them and gain access to their private data and online behavior.

Whether you like it or not, spying on users data is big business, it’s also completely legal for them to do so.  (fortunately, a reliable VPN software can protect you from online surveillance)

With that said, here are 5 entities who are constantly spying on your online activities, selling your data, and who will do everything to keep you from using VPNs.

This should be common sense, whether it’s offline or online, governments around the world are always seeking new ways to suppress their citizens and spy on all their activities.

But surveillance is much worse on the internet, it makes their job a whole lot easier, they get to easily monitor and collect sensitive and notably important information about online users of all backgrounds. The internet while it’s very useful, it remains extremely vulnerable to spying and surveillance attempts.

While these government surveillance agencies usually tell people that they only engage in spying operations due to national and international security concerns, it remains safe to say that they have no respect for people’s rights to privacy.

If you don’t protect your private data, they will keep on collecting and monitoring your every move online as they always do on a daily basis.

Your internet service provider (or ISP) is the company that provides you with access to the internet and may also offer other related services.

And since most people are so dependent on their ISP for internet access, this gives great authority to internet providers who may or are already abusing this power to their advantage by spying on your online activities (websites you visit, etc), collecting and selling your data to third-party companies.

And you know what’s worse?

It’s totally legal to do so in most countries around the world. To protect and hide your data and browsing history from your ISP, you will have to encrypt your internet traffic using a VPN service.

While the very purpose of using the internet in the first place is to access popular and useful websites for educational, business, and entertainment purposes — those very same websites could be collecting and selling your data without your consent.

Popular websites such as Facebook, Google, and YouTube are used by the majority of online users on an everyday basis, and considering that most people can’t live without these mega internet companies, it makes it much easier for them to have you agree on selling your data since if you don’t, you won’t be able to use their invaluable services.

Businesses that make money by collecting and selling detailed records of private lives were once plainly described as “surveillance companies.” Their rebranding as “social media” is the most successful deception since the Department of War became the Department of Defense.

A virtual private network (VPN) will help protect your personal data and trick these internet companies into having incorrect information about your identity and online behavior, though you still have to watch what you share about yourself on these websites.

Advertising is what makes the web go around, most of the many available websites out there heavily rely on advertisements to pay for their server hosting costs and keep the lights turned on.

So it’s a necessary evil. That aside, having advertisers targeting you with personalized ads is not cool. Though it’s not specifically advertisers fault considering that most internet companies sell your data to these advertisers, it still remains a violation of your online privacy.

Internet companies collect all kinds of data — email addresses, sexual orientation, online behavior, where you click, websites you visit, etc — and then sell this data or make it easily accessible to online advertisers, so they can accurately target you with ads that fit your needs.

By using a VPN, you can hide this information from advertisers and limit the amount of information they learn about you.

Back in the days, criminals used to rob banks and stuff, but nowadays criminals are unemployed individuals wearing hoodies and stealing millions of dollars using their computers alone!

Most people who browse the web on a daily basis aren’t aware of the numerous risks involved with using the internet.

If you don’t take the necessary precautions, you risk having your sensitive data stolen, sold, and used against you by surveillance agencies, online advertisers, and internet companies.

An advanced encryption VPN software is a great investment that can help protect your personal information and enable you to browse the web anonymously with complete privacy and security.