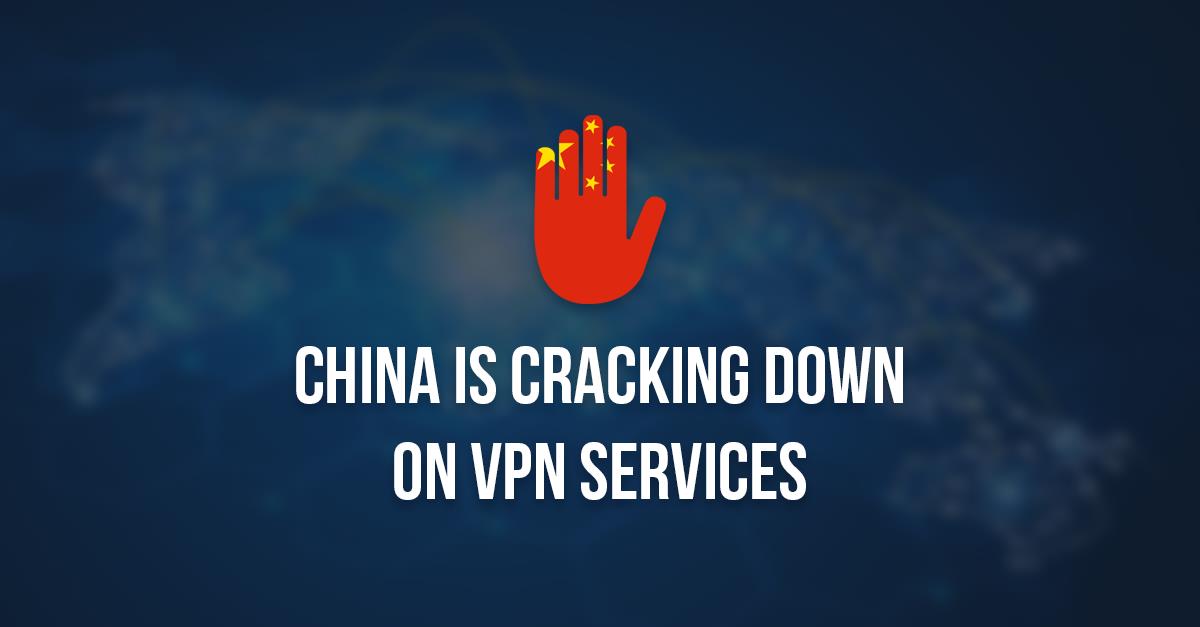 Citizens of the People’s Republic of China (PRC) have been using virtual private networks (VPNs) for a long time now as a means to get around the country’s severe restrictions on several popular internet websites like Google, Facebook, YouTube, and others.

Multiple state-owned telecom companies have been instructed by the government to block access to the many VPN service companies available in the country. A VPN is a popular technology which allows users to unblock geo-restricted websites by connecting to a server in another less-restricted country.

And considering that VPNs are the most popular way to bypass blocked websites in China, internet users in the country will suffer from these new unfair national regulations.

The great firewall of China is an informal term used to describe China’s strict internet regulations and attempts to control the country’s cyberspace.

Social networks, search engines, news sites and other popular websites (a total of 135 sites) that most people can’t live without are blacklisted by the government in China.

Many people living in the country rely on these services for business and other essential purposes and can’t really afford not being able to access these websites. Which is the reason why virtual private networks (VPNs) have been quite popular in China in the recent years as being the best solution to overcoming the country’s internet restrictions.

Sadly, the country has decided to crack down on these services as well. The government has made it really difficult for citizens to acquire VPN services and have stated that all virtual private network (VPN) companies operating in the mainland must obtain prior government approval to be able to sell their services in the country.

The country is in a crackdown pursuit to control and limit what users can see. There are so many reasons for why the government is blocking these western sites, some say it’s because of the country’s communist political ideology.

What can you do about this?

If you believe that the internet should be open and freely available for anyone to use regardless of their background or location, then you will need to fight for your rights and do whatever you can to avoid or overcome these strict and unfair government regulations.

Many people rely on virtual private networks (VPNs) to conduct their business operations, connect with people from around the world, watch streaming sites, instant-messaging apps and everything else the internet can offer.

A revolutionary technology like the internet should be made easily accessible to everyone, strict governments who try to censor and monitor it are doing it mainly for political reasons which negatively affects individuals and businesses.

(Important Notice: VPN.Express is one of the only VPN service providers working in China as of February 26th, 2018).