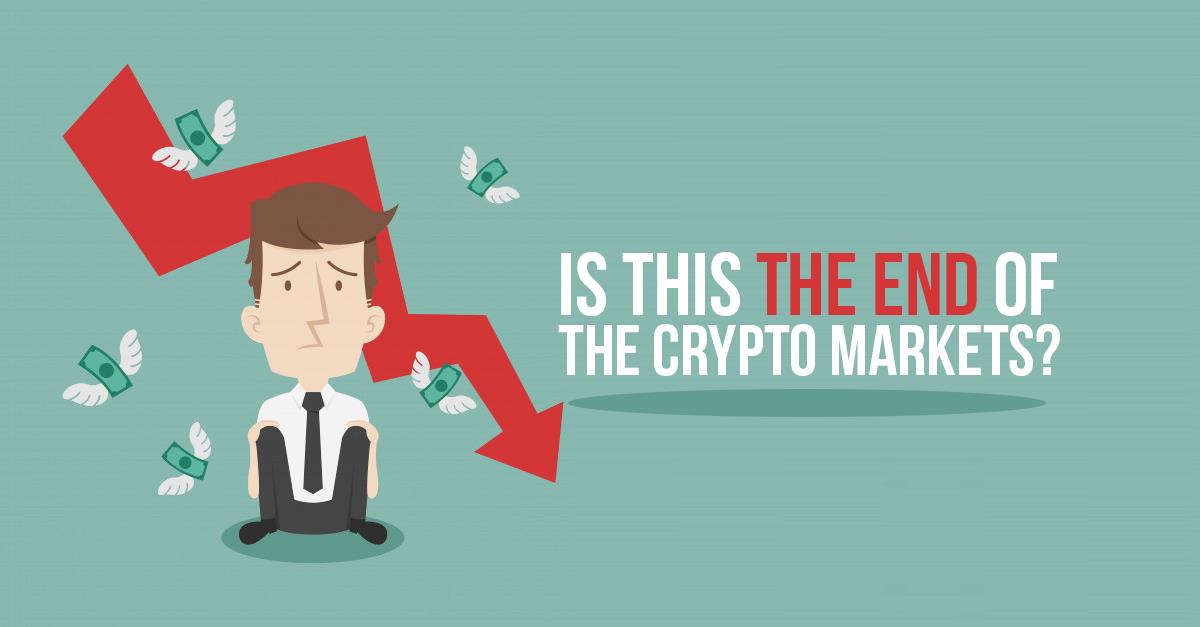 Is this the end? is Bitcoin dead?

This is — without a single doubt — the number one thought on everyone’s mind right now, especially traders who are currently bored to tears.

And even long-term investors and once strong believers of the cryptocurrency space are having increased levels of uncertainty regarding the current state of the market.

By the time of writing this article, the price of a single Bitcoin (BTC) is valued around $7009., which is still relatively healthy considering it was only worth around $1000 or so one year ago.

Many experts in the space consider this to be a healthy and a much-needed pullback, considering the fact that the price of Bitcoin and other cryptocurrencies was skyrocketing in value by the end of 2017.

This has undoubtedly made numerous people laughing with excitement, everyone thought they were striking it rich, and soon enough people started borrowing money and taking our second mortgages just to invest in Bitcoin.

Many of these people most likely don’t even understand Bitcoin, it’s purpose and what makes it valuable, let alone blockchain tech.

At the time most people who we’re buying Bitcoin (and probably other cryptocurrencies) did so simply because of the fact that it was continuously going up in value.

Therefore, many financial specialists speculate that these very same people are the ones who are panic selling and causing the market to plummet. Since not every cryptocurrency trader or investor is aware of technical analysis, most simply end-up selling their coins as soon as they see red candles and their portfolio going value going down.

But the question remains unanswered, is Bitcoin… dead?

The open-source software or peer-to-peer (P2P) digital currency that relies on no central authority or middleman such as a bank or any other financial institution to control and process payment transactions is here to stay.

Simply because the digital currency has brought new cutting-edge technology that has the potential — not only to revolutionalize the global financial systems — but also change the world. Of course, we’re talking about the blockchain, which is the underlining game-changing technology behind Bitcoin.

The blockchain technology, in layman’s terms, is a database of records secured with cryptography and is censorship-resistant and fully transparent.

One of the current successful use-cases of the blockchain is its usability in recording and verifying transactions between different parties without the need for a middleman such as a payment gateway, an escrow service, or a bank. Though, it can also be used in numerous other industries that rely on data storage and processing.

Hence, this alone is one of the reasons that Bitcoin or blockchain technology cannot be declared dead or irrelevant and is here to stay.

The innovative and disrupting nature of the blockchain technology is one of the reasons why this technology is up there with Artificial intelligence (AI), Internet of Things (IoT), Virtual Reality (VR) and other potential future changing technologies.

Though the same cannot be said about Bitcoin as many people have started to criticize the outdated technology of the first product of blockchain technology.

.Maybe many of those who bought into BTC just as a get rich quick scheme are finding out that the music has stopped. Bitcoin ceased to be useful when it’s fundamental proposition of a medium of exchange disappeared with the new regime of high fees and 2nd layer (LN) networks.

The relatively high fees, slow processing times, and technology stack of Bitcoin has been criticized in the last few months by the cryptocurrency community as many people see other cryptocurrencies with better technology features than Bitcoin such as Bitcoin Cash, Litecoin, Dash, Zcash, Nano, and several others.

For this reasons, the longevity of Bitcoin is unclear.

But will Bitcoin’s price go up again?

It is still relatively useful for trading purposes, but many programmers and early adopters of the cryptocurrency aren’t very certain about its future.

But there’s one thing for sure, the blockchain technology and a few other useful blockchain-powered projects are here to stay. And who knows, this may actually be the best time to invest in the crypto markets.

The way to make money is to buy when blood is running in the streets. — John D. Rockefeller.

Want to secure your cryptocurrency transactions and wallet from hackers? Best and easiest way to do is to invest in a reliable military-grade encrypted VPN software.