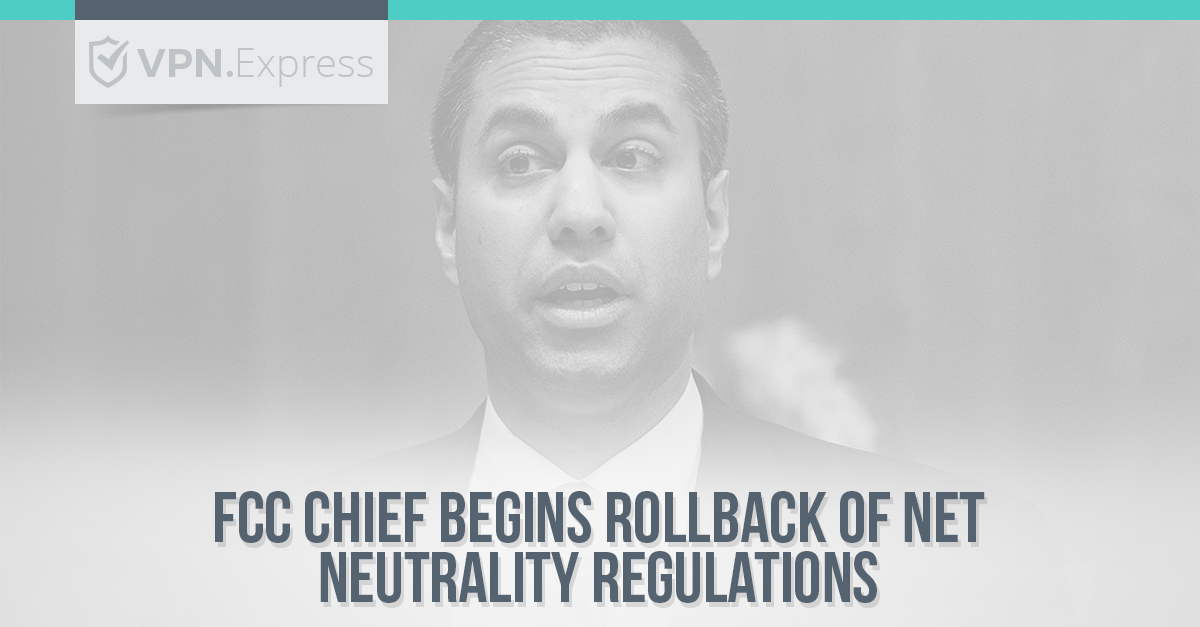 On April 26, the new head of the Federal Communications commission (FCC) launched his long-expected campaign to undo the Obama administration’s net neutrality rules. The move had been somewhat expected after the recent repeal of the broadband privacy rules, but that hasn’t prevented extensive criticism, declaring the beginning of a new battle over the future of the internet.

What is the history of the net neutrality debate?

Pai’s net neutrality rollback targets the FCC’s decision from February 2015, which reclassified Internet Service Providers (ISPs) as common carries under Title II of the Communications Act. That affected rules that prohibited ISPs from blocking or throttling content, or from favoring websites over others when providing Internet services to their customers.

It’s been quite a heated public debate. The FCC’s previous chairman, Democrat Tom Wheeler, along with companies such as Google and Netflix that rely on mass public use of broadband internet, against ISPs and Republican Pai, who was serving as one of the FCC commissioners at the time.

The first team welcomed the net neutrality regulations as a way to prevent service providers from interfering with web content. While the second team claimed that the Obama administration’s move was leading to even greater regulation. However, now that Rai is named Chairman by President Donald Trump three months ago, he has the chance to undo the rules he has recently voted against.

The case for repeal

In his latest Speech on April 26, Paiclaimed that it was necessary for the FCC to resort to Title II to preserve neutrality. According to him, maintaining the current rules may harm the commercial internet, which is “one of the most incredible free market innovations in history”.

Hence, Pai announced his intention to introduce a Notice of Proposed Rule Making (NPRM) at the FCC’s May 18 open meeting which will reverse the Open Internet rules passed two years ago by the FCC.

Big carriers such as Verizon and AT&T have consistently described the net neutrality rules as too cumbersome and blocking their ability to provide attractive offers to consumers and businesses. Nevertheless, many internet companies and online rights groups say the rules are critical for protecting innovation and free expression.

Fighting for the Net Neutrality

Pai’s proposals have resumed the battle that was thought to have ended in 2015. There is no doubt that the government regulators are getting on the side of Tech companies and entrepreneurs leaving internet users with no control over their privacy.

The digital rights organization “Fight for the Future” has announced a statement declaring that the FCC was “playing with free and potentially opening the floodgates for widespread censorship”. Evan Green, the group’s campaign director, believe that internet users should “fight tooth and nail” to defend their online rights.

VPN.Express stands side-by side with all the supporters of Net Neutrality. We believe that every internet user have the right to be free and secure, which is why we refuse activities such as content blocking and throttling and we fully support free flow of information. Our VPN.Express service offer you the chance to access the internet freely and privately, bypassing ISPs, and avoiding geo-blocking.

Be Safe. Be Free.