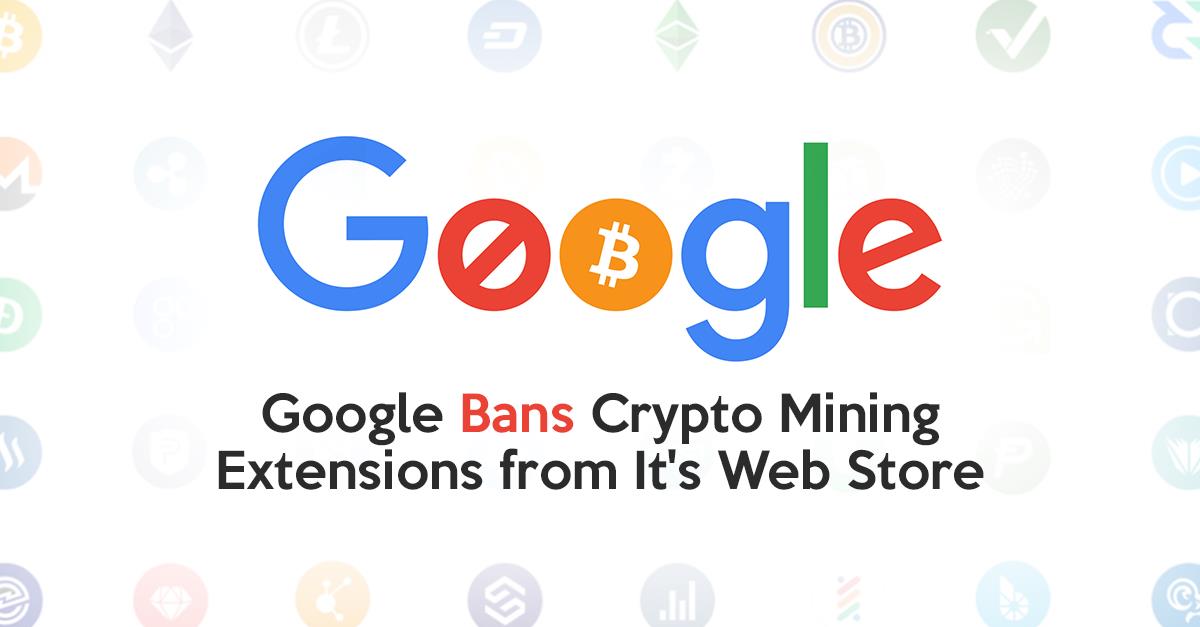 If you’ve visited the Chrome web store sometimes during this past few months, you have probably noticed a rise in certain browser extensions related to cryptocurrency mining.

Some of these crypto mining extension apps promise to make you money in the form of cryptocurrency if you install them on your browser.

But that’s far from the truth.

Although that may be true in some rare cases, many of these cryptocurrency mining extensions available on the Google Chrome web store we’re intentionally tricking their users’ to use their computing power to secretly mine cryptocurrency for themselves.

This is a process known as ”crypto-jacking” where cybercriminals utilize to install a malicious JavaScript mining code on a victim’s computer device without their consent.

Monero, a profitable coin to mine

Monero (or XMR) is one of the popular privacy-focused cryptocurrencies (and in many cases, the only one) used by these web extension developers, and it’s for a good reason, Monero is considered among the most profitable cryptocurrencies to mine.

The dark web cryptocurrency Monero was designed by its core developers to be ASIC (application-specific integrated circuit)-resistant, meaning it’s not possible for big mining corporations to speed up the mining process using special mining equipment such as ASIC mining hardware.

Considering that the Bitcoin mining difficulty has increased in the recent years, which means now miners who want to mine profitably will have to invest in crypto mining-dedicated hardware such as ASICs to increase their ROI and profits.

However, ASIC machinery is usually expensive and energy-intensive, and is generally used specifically by large mining corporations to speed up the mining process and increase cryptocurrency mining profits.

And generally speaking, cryptocurrencies that don’t use ASIC-resistant mining algorithm are usually more decentralized, meaning they are easier to manipulate by a few entities.

But what makes Monero so attractive to cybercriminals is the fact that it can be mined using regular computing CPU/GPU power without the need to purchase expensive and energy-consuming crypto mining-dedicated equipment.

In other words, even the most basic laptop or even a smartphone can be exploited and used to mine the ASIC-resistant and profitable Monero. For this reason, cybercriminals create this JavaScript malicious mining software to hijack your computer and turn it into a zombie mining cryptocurrencies for cybercriminals without your consent.

Due to the rise of cryptojacking, and malicious hackers embedding malicious JavaScript code into websites, apps, and now, Chrome web extensions — Google has decided to ban all browser extensions related to cryptocurrency mining.

Google has announced that suspicious web browser extensions related to cryptocurrency mining will be removed from its Chrome web store.

For one thing, this decision was largely due to the increase of mining extensions in the Chrome web store purposely designed to deploy users computer processing power to mine cryptocurrency without them knowing about it.

Many online users who have been infected by this JavaScript malicious mining code probably have no idea about this, but this secret crypto mining process usually tends to slow down users computers.

*Pro tip: If you’ve recently noticed that your computer is getting sluggish, then it’s probably infected. Check this miner block website just in case.

Google has announced in a statement that 90% of chrome extensions related to cryptocurrency mining failed to comply with Google’s Chrome web store policies.

As has been noted above, many of these web browser extensions that claimed to help their users mine cryptocurrencies and make money with their devices we’re actually tricking users into giving up their computer processing power to these cybercriminals.

In a statement released yesterday, Google has outlined the reasons behind the decision to ban these type of web extensions.

There has been a rise in malicious extensions that appear to provide useful functionality on the surface, while embedding hidden cryptocurrency mining scripts that run in the background without the user’s consent. These mining scripts often consume significant CPU resources, and can severely impact system performance and power consumption.

If you went to the Chrome web store right now, you won’t find as many web browser extensions related to cryptocurrency mining as it was before the Google ban.

Is this a good decision?

Google’s decision to ban cryptocurrency-related chrome extensions that trick users into installing the app to mine cryptocurrencies without their consent is an overall good decision, the safety and security of users is a top priority of Google.

Since the recent boom of the cryptocurrency markets, malicious web developers have taken this opportunity to create malicious crypto mining software to target unsuspected users and infect their computer devices, which of course is not an ethical thing.

However, many online users who were aware of this fact we’re in favor of this somewhat-innovative approach of sacrificing a piece of their CPU computing power in exchange for an ad-free web browsing experience.

For the most part, this decision was for the benefit of protecting users safety and security as it’s always a good practice to provide users with the protection necessary against all types of cybercriminals circulating the web.