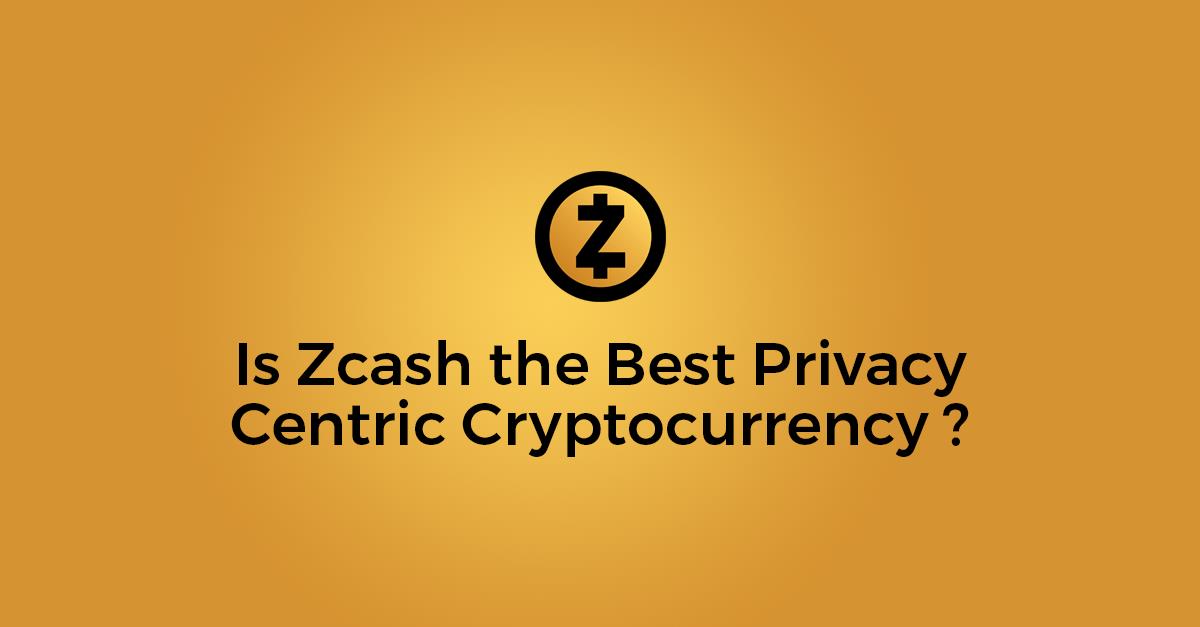 There are plenty of privacy-oriented cryptocurrencies flooding the cryptocurrency markets today, but Zcash(ZEC) is considered by many specialists in the technology and cryptography as one of the best anonymous digital currencies out there.

Simply because Zcash is a cryptocurrency that many people depend on for handling and keeping their online transactions private and hidden from any snoopers.

But let’s first talk about the different innovative technological features and characteristics that make Zcash one of the top 20 cryptocurrencies in the market today.

The technology behind Zcash 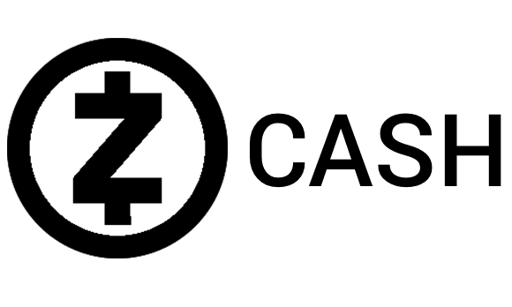 The open-source blockchain-powered digital currency Zcash is a top choice for dark web surfers and privacy-concerned online users, it is secure by cutting-edge cryptography and is highly decentralized with a public blockchain and numerous mining pools around the world.

But what makes Zcash unique and different from other anonymous cryptocurrencies is its use of a privacy protocol known as the zero-knowledge succinct non-interactive argument of knowledge (zk-SNARKs) which is considered the backbone of the Zcash cryptocurrency.

Zk-SNARKs is a privacy protocol derived from the concept of zero-knowledge proofs (ZKP), which was first developed back in the 1980’s by several MIT university researchers and is considered as one of the most innovative concepts created by cryptographers, and Zcash is considered the first and most popular successful project implementation of the zk-SNARKs protocol until today.

Zcash is also the only cryptocurrency that employs the zk-SNARKs privacy protocol to shield its users’ transactions and identities.

While Zcash stores transactions on a public blockchain, users of the cryptocurrency have an option to keep information about the sender, recipient, and the amount of the transaction completely private and hidden from anyone.

Basically, all data related to the transaction is encrypted and kept private. Though users still have to perform extra measures to protect their identity, because Zcash isn’t responsible for keeping users’ IP addresses private.

Pro tip: If you want to keep your cryptocurrency transactions and your identity completely private and hidden from any snoopers, then a VPN software will help you add that extra level of anonymity.

Most cryptocurrencies which use public blockchains to verify and confirm transactions don’t have the necessary privacy features, meaning that the sender, recipient, and value of the transaction is publicly available for everyone to see.

As a result, Zcash is considered by numerous experts in the blockchain and technology space as one of the most technologically-advanced private cryptocurrencies available today.

Privacy advocate Edward Snowden is one of the most famous admirers of Zcash, as he has publicly praised the cryptocurrency on his Twitter profile on more than one occasion.

Agree. Zcash’s privacy tech makes it the most interesting Bitcoin alternative. Bitcoin is great, but “if it’s not private, it’s not safe.” https://t.co/HqwQOvSCiz

In that particular tweet, someone asked Edward Snowden about Monero (XMR) which is another privacy-focused cryptocurrency and is widely-regarded as the number one direct competitor to Zcash.

Edward Snowden replied: ”Great project, but the problem with amateur crypto is mistakes happen and have huge consequences for people like me.”

While Monero is a well-known top ten cryptocurrency and is used by many online users in the dark web next to Bitcoin, Edward Snowden and other experts don’t see it as a viable alternative to Zcash’s revolutionary implementation of zk-SNARKs.

Vitalik Buterin, the 24-year-old co-founder of Ethereum have also openly stated his admiration for the zk-SNARKs protocol on various media publications.

”Personally, I think zk-SNARKs are a hugely important, absolutely game-changing technology. They are the single most under-hyped thing in cryptography right now.”

Matthew Beck, an associate at Grayscale Investments have released a hypothesis with a price prediction that suggests Zcash, the privacy-focused cryptocurrency, could reach up to $62,000 USD by 2025 — Which would make an enormous price increase, considering that the price of a single Zcash coin, at the time of writing this article, stands only at $179.94 with a market cap of around $659 million dollars.

Most people in the cryptocurrency space don’t really comprehend the innovative privacy technology behind Zcash, because if they did, most would be using it instead of other privacy cryptocurrencies.

Currently, Bitcoin is still the most widely-used payment option in the dark web, most people still think that Bitcoin is an anonymous cryptocurrency, but that is far from the truth.

Believe it or not, Bitcoin payments don’t necessarily offer more privacy than, say credit card payments. It is extremely easy to see anyone’s Bitcoin balance on their private wallet, monitor their transaction history, identify their IP address and learn more about their identity.

Hence, paying with Bitcoin can be disastrous for people who rely on anonymous transaction for safety purposes.

On the other hand, Zcash payments can be much safer. Zcash which is based on Bitcoin’s codebase offers more enhanced privacy features through the use of a technology called zero-knowledge-SNARKs which is a unique method used to verify and confirm transactions while keeping users of the cryptocurrency anonymous.

But despite this, it is possible for snoopers to learn about your IP address even if you use Zcash, though this can be easily taken care of by using a decent VPN software.

As a result, Zcash is considered the first truly anonymous cryptocurrency available today. While some may argue that there are many other privacy-focused cryptocurrencies out there, Zcash remains the only one with widespread community acceptance and recognition from world-renowned experts such as Edward Snowden and Vitalik Buterin.

As shown above, Zcash employs several advanced mathematically-proven cryptographic concepts such as zero-knowledge and zk-SNARKs to offer more privacy to its users, but despite this, you may probably be wondering, ”If Zcash is this advanced, why is it that it is not widely popular in the dark web?”

There could be many reasons for this.

First, compared to other popular privacy-centric cryptocurrencies such as Monero (2014) and Bytecoin (2012), Zcash is still relatively new to the scene with its initial release date of October 28, 2016 — meaning the cryptocurrency is only about a year and a half old.

This could explain why it is not as popular and widely-used as other private cryptocurrencies created before. It could also be that online users and dark web users haven’t given much time to test the cryptocurrency like they did with Monero and others.

Therefore, there is still a long time to go before Zcash gains mass adoption like other privacy-centric cryptocurrencies out there.

Not long ago, there was a report released by Recorded Future analyzing the most used cryptocurrencies on the dark web.

The report also suggested that Bitcoin is still the most popular and widely-used cryptocurrency on the darknet markets, followed closely by Litecoin (weird, right?). The report also revealed that many darknet users are growing dissatisfied with the usability of Bitcoin as a day-to-day payment digital currency — which was probably due to the high fees and slow processing times associated with the world’s first cryptocurrency Bitcoin.

Considering the sensitivity of the darknet markets, users of these criminal or questionable markets are demanding support of other fast and anonymous digital currencies from darknet vendors.

Anonymity, of course, is critical for darknet users, but not only that, users also prefer to use a high-speed digital currency for convenient transactions, which is probably why Litecoin is growing dominant today in the dark web markets due to it’s faster processing times.

Zcash provides privacy features, it’s transaction times are also similar to that of Litecoin, Zcash payments usually take about 10-15 minutes to fully confirm, putting this in mind, Zcash could one day become among the most used cryptocurrencies on the darknet due to it’s attractive, reliable, and advanced anonymity features.

Believe it or not, darknet users themselves don’t know which cryptocurrency will be adopted next, possibly because there are many options out there — the privacy-focused cryptocurrency market is growing super competitive by the day.

By the time of writing, Monero, Dash, Zcash, Bytecoin, Pivx, just to name a few, are all competing to become the go-to cryptocurrency for seekers of anonymous and private transactions.

But Zcash remains the most promising privacy-centric cryptocurrency available in the markets today with many knowledgeable experts admiring it’s innovative cryptographic and privacy technology.

And darknet marketplaces are taking notice of this too. AlphaBay, a popular dark web marketplace has recently integrated Zcash as a payment option on its platform next to Bitcoin and Monero before it got shut down.

After this last year’s incident, many people suspected that the reason behind AlphaBay’s seizure was their support of Zcash, mainly because AlphaBay got taken down by law enforcement just five days after it’s integration of Zcash.

Whether that’s a coincidence or not, no one really knows for sure. But it’s worth mentioning that even the most privacy-focused cryptocurrencies may have vulnerabilities, this is mainly because 90% of cryptocurrency projects are still in active development.

If Zcash (ZEC) manages to develop it’s privacy protocols to ensure that transactions remain completely private, secure, and mathematically impossible to trace, then there’s no reason why it can’t become the dominant cryptocurrency for wealth storage and global private transactions.