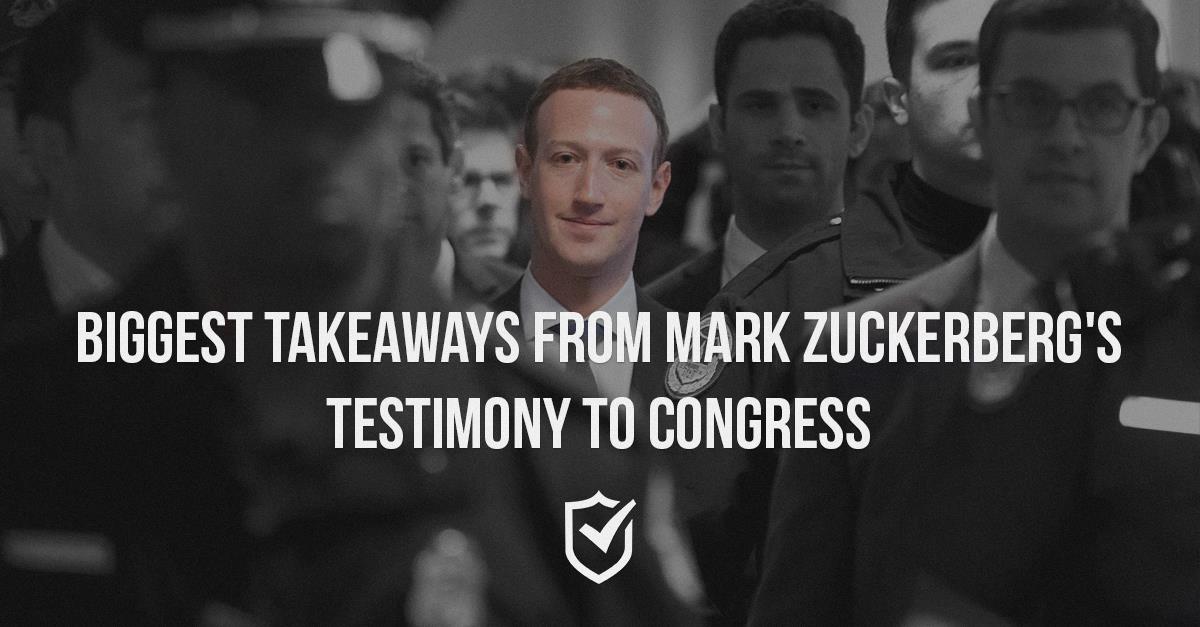 Following the many repeated user privacy scandals that hit Facebook during these last few weeks, Facebook’s chairman and CEO was scheduled to testify before U.S. Senate on April 11, 2018 — regarding these controversial incidents.

Accordingly, Mr. Mark Zuckerberg ditched his trademark gray T-shirt and showed up to the U.S. Senate hearing with a more formal suit.

Yesterday, Facebook’s founder and chief executive officer Mark Zuckerberg was grilled by members of the US House of Representatives Committee on Energy and Commerce (E&C’s) on the social networking company’s data and privacy practices.

The five-hours long testimony has brought up many matters regarding Facebook’s user data protection and privacy policies, particularly those regarding the Cambridge Analytica scandal and the Russian-bought ads during the 2016 U.S. presidential campaign.

Overall, the intense testimony was Mark Zuckerberg’s first time ever appearing in front of US Congress.

During this testimony, each US Senator has brought up all kinds of questions regarding Facebook’s questionable privacy practices.

Even though each Senator had only five brief minutes to ask Mr. Zuckerberg anything they want, it was in several occasions, more than enough to make Facebook’s founder tongue-tied and unable to accurately give out straight answers for many questions.

And it still isn’t over, Facebook CEO’s testimony will continue today in front of the members of the US House of Representatives Committee on Energy and Commerce.

But first, let’s review some highlights and key takeaways from yesterday’s hearing…

During this intense hearing session, Senator Dick Durbin made Mark Zuckerberg wordless and confused after asking him the following question:

Mr. Zuckerberg, would you be comfortable sharing with us the name of the hotel you stayed in last night?

To which Zuckerberg felt confused and took a long pause before awkwardly saying ”No.”

Through that question, Senator Dick Durbin of Illinois clearly wanted to make a point about data privacy by asking such personal questions.

”I think that, maybe what this is all about”, said the Senator.

The right to privacy was unquestionably the subject of yesterday’s Mark Zuckerberg testimony. And it was clear after Zuckerberg’s repeated vague answers that Facebook users’ privacy is not in their complete control and that the social media company is doing whatever it can to gather as much data about its users and get away with it.

With that said, several US senators have agreed on the fact that Facebook is a private company and a service which is free to use, but there was a big debate on the advertising and data collection model of the world’s most popular social networking site.

There’s a popular saying in the business world that talks about this, ”If you’re not paying for it, you’re not the customer, you’re the product being sold.”

And in this case, Facebook’s users are the product being sold to advertisers in order for the social media company to generate most of its revenue.

In 2017 alone, Facebook generated $39.94 Billion USD in advertising revenue — there’s no doubt about it — Facebook makes the vast majority of its revenue from advertising (aka selling your data to advertisers).

During the hearing, several US Senators have brought this up by asking Zuckerberg about his company’s business model.

It was clearer than crystal that Facebook’s core business model from the very beginning was to harvest user data and develop technologies to learn as such as they can about their users, so that they can offer their data to advertisers to generate revenue.

Therefore, online users who value their privacy should probably look into other social networking sites other than Facebook if they want to protect their privacy and control their data.

But the only problem is that Facebook has become more of a monopoly, therefore it is not as easy to just quit Facebook since most other competitors aren’t of the similar quality to that of Facebook.

Of course, users can still use Facebook, there are definitely possibilities that Facebook will try to make its data collection less abrasive, but there are no guarantees.

Today, we will have another hearing session from Facebook’s CEO, so perhaps we could learn more about Facebook’s data privacy policies, it is also entertaining for those who want to see how Mr. Zuckerberg holds up through day 2 of the hearing.