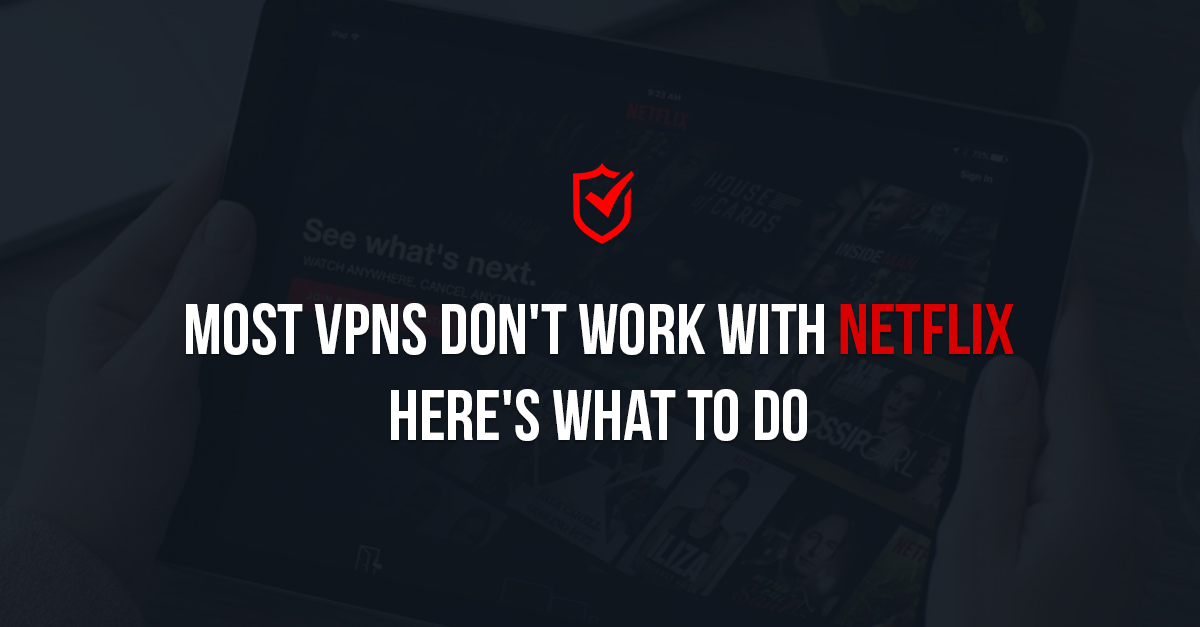 Netflix offers a wide selection of popular TV shows, blockbuster movies, and much more. Netflix is without a doubt one of the best (if not the best) on-demand video streaming service online.

Sadly, Netflix has decided to crack down lately on some of the many virtual private networks (VPNs) available in the market.

Therefore, for users who use virtual private networks (VPNs) to access Netflix, they may have seen this error image below…

Why Netflix is doing this?

Citizens or residents from other countries who would want to watch that geo-blocked content have no other option but to use a virtual private network (VPN) to unblock that content.

Now what happens is those producers or distributors who own the copyrights of the content usually complain to Netflix about the issue of people around the world who use VPNs to access their content.

However, this is not really ethically or morally acceptable because it doesn’t make sense not being able to watch some TV show only available in the USA while you’re traveling or living in a different country. If you pay for something, you have the right to get access to it no matter where you live. Unfortunately, that’s not how things always work.

Virtual private networks help people who suffer from this geo-restriction problem to access blocked content no matter where they live, VPN allow users to change their IP address to a different country to overcome the geo-restriction issue.

With that said, not all virtual private networks (VPNs) can successfully do that. Because as we mentioned above, Netflix or other streaming services have lately started to blacklist the services of many popular VPN services.

There’s no doubt about it, accessing Netflix USA has started to become increasingly difficult than it used to be. Watching regional content while you’re in another region or location is against Netflix’s terms of service. Which is why Netflix is actively trying to stop this.

Everyone likes free stuff, but when it comes to virtual private networks (VPNs), free VPNs can’t really provide the same features of a paid one. We have tried and tested most of the free VPNs available out there, we can confidently say that all of them have failed to bypass Netflix’s geo-block.

As a matter of fact, even the paid ones sometimes fail to unblock Netflix. IPVanish for example, which is a popular provider, has received many complaints from users due to its failure to unblock Netflix, and always shows the Netflix proxy error.

Other popular virtual private network (VPN) providers who only offer a premium paid version also suffer from this inability to unblock Netflix for worldwide viewers.

Watch Netflix regardless of your current location

A premium VPN service has the resources and motivation to work on solving this issues, and continually unblock Netflix to provide their users with the pleasure of watching the latest TV shows and movies wherever they reside.

Not to be biased in our opinion but our team of highly-qualified developers are always working on improving our service to be able to reliably unblock Netflix.

(For only $66, you can enjoy a 2-year subscription with VPN.Express, a virtual private network (VPN) that reliably unblocks Netflix and other geo-blocked content no matter where you live in the world).