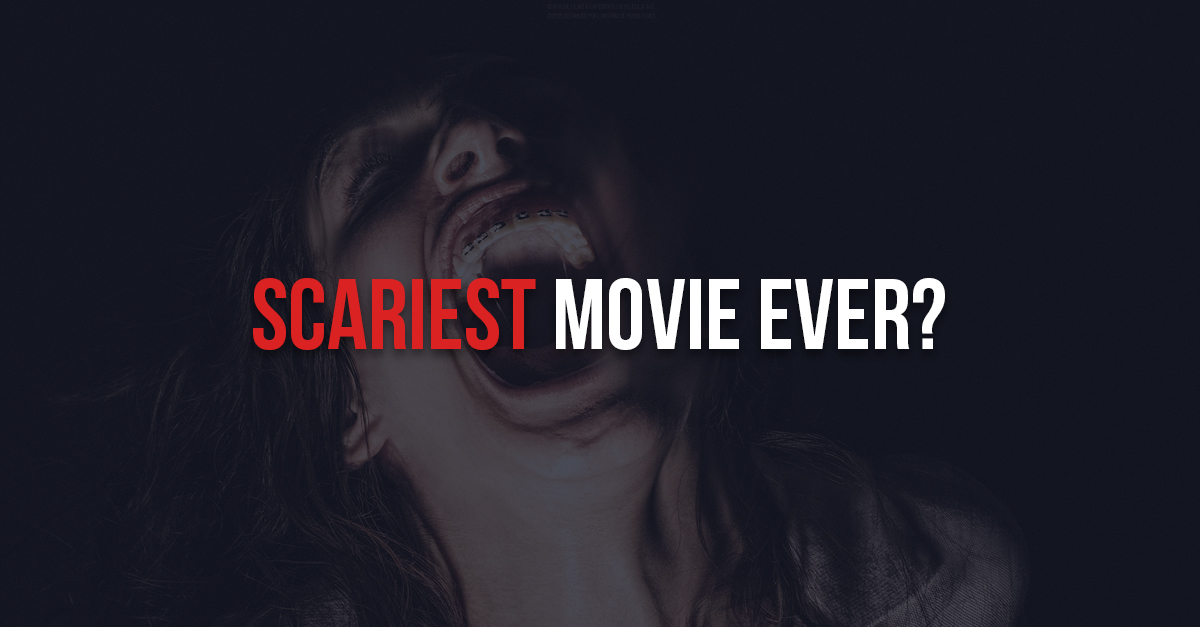 Who doesn’t? we all appreciate a good horror film especially at night, even if it makes your heart racing and scares the crap out of you.

So whether you’re a die hard horror movie fan or just like to watch horror movies from time to time, you will definitely fall in love (sort of) with the new Netflix horror film that made the whole internet scream in fear, Verónica.

Reportedly the movie was so scary that many viewers had to shut it off halfway while watching.

The scariest movie of the year?

As a big consumer of horror movies, it is now difficult for me to find a new one that really scares me. This one does.
Good performance for all the actresses.
The tension gets higher every minute of the film. — says one reviewer.

The new and original Spanish horror film directed by Paco Plaza and released by Netflix last week had the whole internet and social media community go buzzing and excited to watch and share their opinion on it on Twitter and other social media sites with their friends.

The hype around this newly-released Netflix film have had many people cancel their Saturday nights just so they can watch this movie — because certainly there’s probably no other movie genre that can get many people excited to watch it like a good old horror movie.

Mk and I are watching Verònica on Netflix and people say it’s the “scariest movie of all time” and it has a 100% on Rotten Tomatoes and people are getting so scared they can’t finish it…. naturally we said “bet” bc we love a good challenge

What makes this movie exceptionally good and scary is the fact that it’s based on real events set back in 1990-1991 of a young girl in South Madrid named Estefania Gutierrez who attempted to contact her dead father using an Ouija Board.

Estefania’s parents started noticing strange incidents happening to their little girl, she started suffering from illusions and hallucinations. She would sometimes tell her parents that she saw evil dark figures and shadows in her room at night. Her parents reported that many doctors also failed to diagnose her case.

Sooner later, she was found dead in her bedroom in a very mysterious way.

After her mysterious death, her parents started experiencing strange happenings inside their house. And they were convinced it all had to do with that Ouija Board. Lights turning on and off, slammed doors, hearing footsteps when no was around, but they have reported that once they moved to another house, all of this stopped happening.

It’s a pretty sad, depressing and terrifying story indeed, and is probably the main reason why so many people are so scared and excited at the same time to watch this movie.

The 92% Rotten Tomatoes rated movie is sadly and as always not available worldwide for everyone to enjoy it, this geo-restriction problem continues with most of the latest movies and TV shows.

But don’t worry because we have the best possible solution to this, as we always think it’s unfair that only US or UK-based residents who get to watch the best of Netflix.

Simply follow the below steps and you will be able to watch the best horror movie of the year in no time and wherever you are in the world:

(4) Watch and enjoy Veronica alone, in the dark (if you feel like it) 🙂