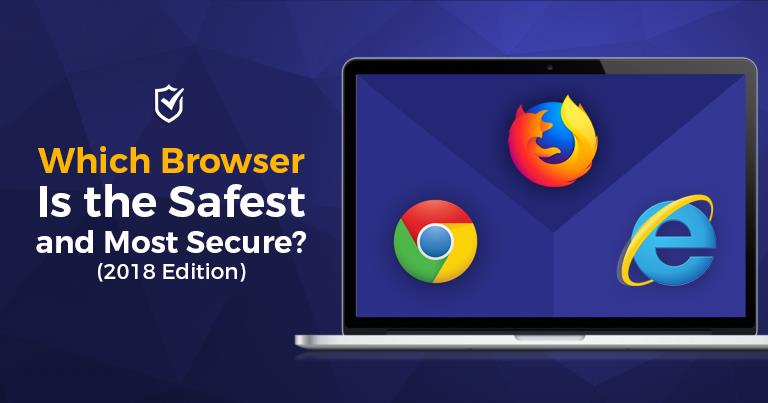 Let me take a wild guess…

For as long as you can remember, you have been using Google Chrome or Internet Explorer and you thought that there’s nothing wrong with that and that your sensitive personal information is completely safe and protected from any risks, right?

Well, nothing could be further from the truth, we all fell into that trap before — but the sooner you come to that life-changing realization that you have to become more responsible and protective of your own personal data, the better off your online browsing experience will be.

Because here’s the problem: although that the internet has been here for like forever and with more than 3.58 billion people using it almost on an everyday basis, it is still considered unsafe to use, potential security threats are everywhere from hackers and identity thieves to malicious software and other dangerous computer viruses; the internet is a lawless digital wild west, there are no rules, anything goes.

Furthermore, not only do you have to worry about hackers and malware threats, but you should also be worrying about getting tracked and followed online by advertisers and government surveillance agencies that don’t want you to have a private online life.

In a high-risk environment like this, you should be careful and aware of what you need to do to protect yourself from these threats circulating freely on the world wide web.

To do that, the first thing that you need to do is to possibly change your web browser.

Because in most cases, a web browser is the first tool that you use to navigate the internet, you can think of it as your gateway to the internet. Which is why you need to re-think your choice of web browser, and whether it really does provide the safety, security, and privacy requirements needed to protect you from anything the internet may throw at you.

So let’s see the many options of web browsers available out there and the advantages of each one, so that you know which one is the right for you… 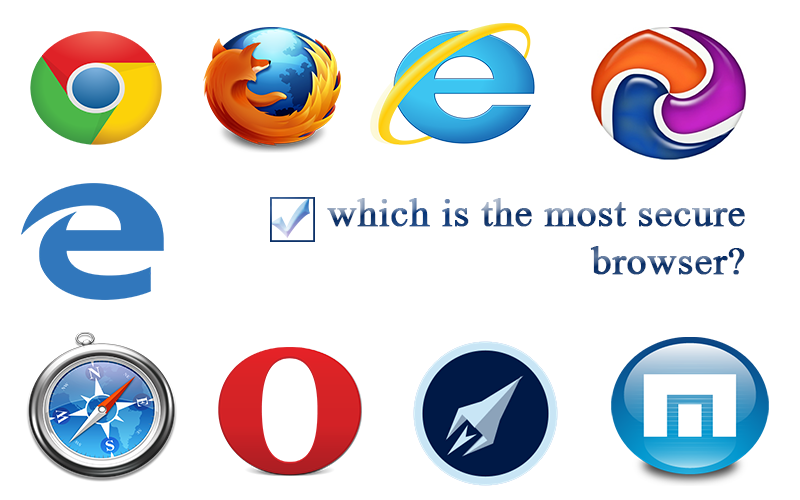 Google Chrome is by far the most popular and most downloaded internet browser today, with a market share of 56.31% as of January 2018, which puts it at the top monopoly of online browsers available out there.

Most people are familiar with Google Chrome due to the speed, ease of use, and the amount of customization it provides their users. However, we should also mention the fact that Google Chrome has bombarded people with ads persuading them to install it back when it was first released in 2008, and considering that most people use the Google search engine, it was a lot easier for Google to dominate the web browser market.

With that said, Google Chrome is widely-regarded as the most vulnerable to security attacks and hacking attempts. Not only that, but the Google company is also famous for user data harvesting; when you browse the internet with its browser, Google Chrome will track all the sites you visit and will gather data and sell it to advertisers to make money. Which is obviously a violation of your right to privacy.

(Pro-tip: If Google Chrome is your favorite browser and you don’t want to switch to another browser, then you can use a reliable VPN service to protect your personal data).

Before Google Chrome and most of the other browsers in the market right now, Microsoft IE used to dominate the online browser market share. But in recent times, IE has become a viral meme and famous for its very slow browsing experience. However, despite that fact – most people still use it involuntarily because it comes pre-built in the Windows operating system.

Now, the major problem with IE is that the period that it receives security software updates is a lot longer (30 days) than with other browsers which gives a ridiculous opportunity for hackers to find a bug that can steal your data. And you know what’s worse? some of the older versions no longer receive any software updates because Microsoft has decided to drop their support.

Mozilla Firefox is one of the most well-known web browsers out there, many developers prefer it over Google Chrome due to the increased customization and privacy that it offers.

However, it also has the same drawbacks of IE which is the long period (28 days) between each security update. Another major issue with Mozilla is not using the sandbox technology unlike with other popular browsers, this technology is an essential security procedure that helps separate programs, blocking malicious or malfunctioning applications from damaging or spying on your computer.

If you still want to use it, then a VPN service is a must for protecting your data from getting stolen or sold to hackers.

Although that the above-mentioned web browsers are incredibly popular and dominate the global browser market share, there are many other lesser-known browsers that offer good security and safety features.

Apple Safari and the new Microsoft Edge hold a lot less market share, but they also worth a try as they tend to focus more on the usability features and safety is also among their priorities. Opera is also an interesting browser that offers a built-in ad blocker and they don’t track your location and search history.

On a final note, you don’t have to switch your web browser if you’re used to it, I’m writing this using Google Chrome because I like the look and ease-of-it as it allows me an easier an access to the web and the Google search engine. But I also use a VPN service to protect my sensitive personal data as I hate the fact that Google can track my whole online life.