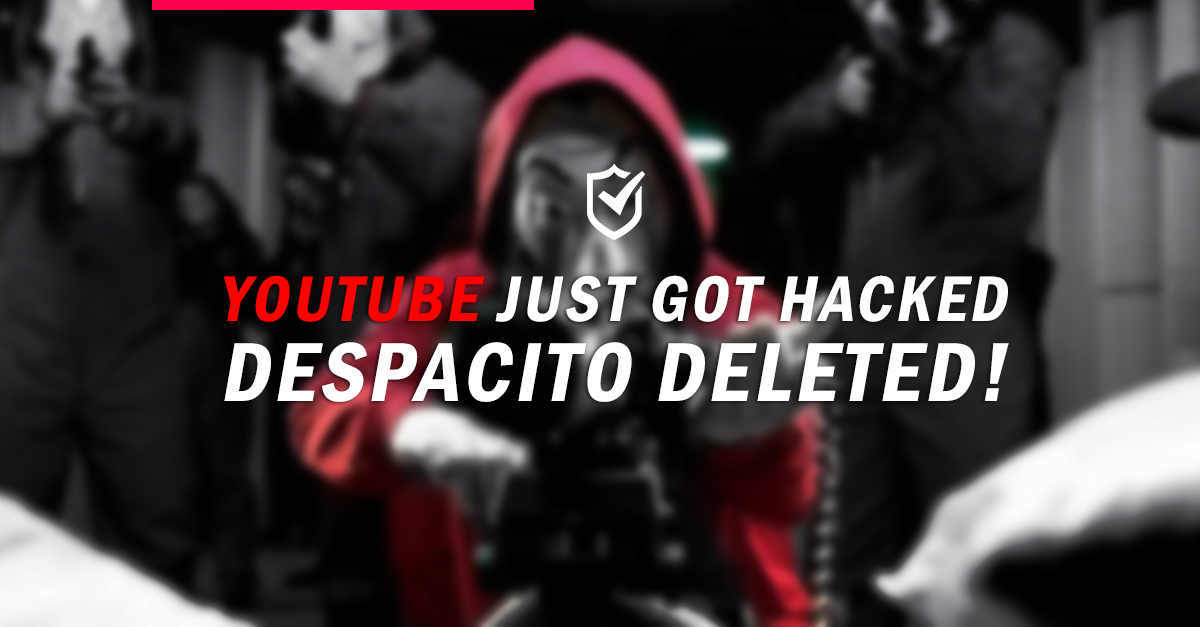 Love ‘Despacito‘? Who doesn’t? It has become the biggest music song in 2017 and currently holds the record for the most viewed YouTube video of all time with a mountainous 5.01 Billion views.

Luis Fonsi and Daddy Yankee’s “Despacito” is undoubtedly the most popular song in the world right now.

A few hours ago, a group of hackers referring to themselves as ‘Prosox’ and ‘Kuroi’sh’ have managed to break into popular  YouTube channels that belong to some of the world’s most famous artists such as Daddy Yankee, Selena Gomez, Shakira, Drake, and possibly others.

As a result, many popular Vevo YouTube music videos have been compromised, hackers have managed to change the videos titles and modify thumbnail photos with a disturbing image of a masked gang carrying machine guns (from the TV show, Casa de Papel) 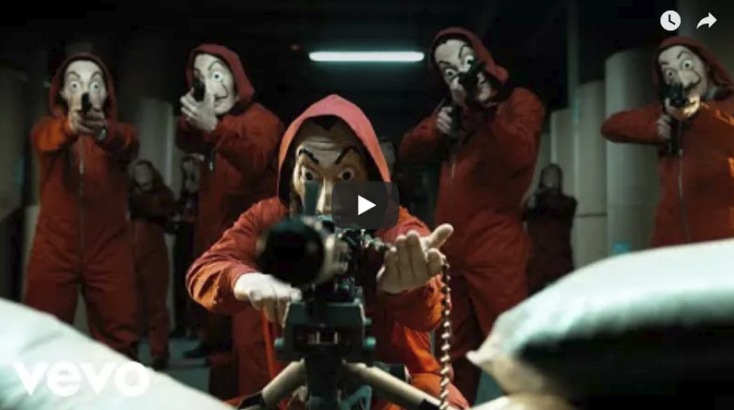 But still, they haven’t chosen to delete any of the artist’s videos, except for that of ‘Despacito‘ — the most viewed music YouTube video ever was unfortunately compromised and deleted by the hackers.

The hacker with the pseudonym ‘Prosox‘ stated his Twitter username in the YouTube titles of the videos he hacked, but he declared that the hack wasn’t because of any grudges and that it was only for fun.

In other words, it seems that financial gains weren’t exactly a motivation for this hackers, as often times, many of these cybercriminals only engage in this attacks to test their skills and gain recognition and respect from their peers and the world.

Interestingly, when you search for the ‘Prosox‘ name on Google images, one of the first images that come up is this:

So it seems that the only thing that is freely available about this hacker is his national identity and Twitter account, and he clearly wanted people to know that information.

At the time of writing, other popular YouTube Vevo accounts of other artists have managed to take back control and remove the creepy titles and thumbnails of their videos. But the ‘Despacito’ music video, unfortunately, has been permanently deleted by the hackers.

All things considered, the removal of the ‘Despacito‘ music video (only few days after it became the first video ever to reach the 5 Billion views mark) remains the biggest unfortunate outcome behind this attack.

UPDATE: the ‘Dispacito‘ YouTube music video is back online.